Applying Directly to a Major

Many of our previous blog posts have discussed applying to college – any college. However, with many of our Enrichery kids applying to schools in Texas, it’s time we get into specifics! After all, if you’ve applied or looked into applying to Texas universities, you already know they have some different requirements and procedures. For our very first Texas Topic, we’re talking all about the University of Texas at Austin’s process of applying directly to a major.

Plenty of universities ask for your tentative major on their application, but it typically isn’t written in stone and it usually doesn’t affect your admission decision. At UT, that isn’t the case. On your application to the University of Texas, you’ll choose a first choice and a second choice major. Per their website, “We will consider you for admission based on these selections, with foremost consideration given to the major you identify as your first choice.” So, the majors you put on your application can and will affect whether you’re accepted or not! Clearly, this is not a decision to be taken lightly.

As you likely know, the University of Texas will be automatically admitting the top 7% of high school classes to it’s 2017 and 2018 classes. It’s important to note that even if you’ve gotten automatically admitted, your application will still be reviewed to determine which major you’ll be admitted to. So, here is everything you need to understand about applying to a major at the University of Texas!

Some majors are more competitive than others.

In our experience, majors in the Cockrell School of Engineering and the McCombs School of Business are extremely competitive majors to apply to. On the other hand, majors in the College of Liberal Arts and School of Undergraduate Studies are slightly “less competitive” – however, it’s important to remember that each application is holistically reviewed by the respective department. Depending on your background, one school might be a breeze to get into while another might be much harder!

The School of Undergraduate Studies is also the school to apply to if you’re undecided on a major – there, you can take a variety of foundational classes and transfer to a chosen major later.

You may be accepted, but asked to choose a different major.

Don’t plan on applying to an “easy” major and then transferring.

You’re not the first person to think of this, though! First, applications are carefully reviewed before an applicant is accepted to a major. If you’ve loaded up on AP math and science courses, interned at NASA, and are applying to be a Latin major, it might raise some red flags. Admissions counselors look for students who have shown interest and strength in their chosen major. Additionally, the internal transfer process is highly competitive! There is certainly no guarantee that you will be able to switch to your desired major during your time at UT Austin.

There are over a thousand students studying business at UT Austin, about 350 studying psychology, and about five studying German. If you’re interested in learning which University of Texas majors are the biggest and which ones are the smallest, check out the numbers below from Niche.com. These numbers may not be exact, but they’ll give you an idea of which majors have tons of students and which are less common. 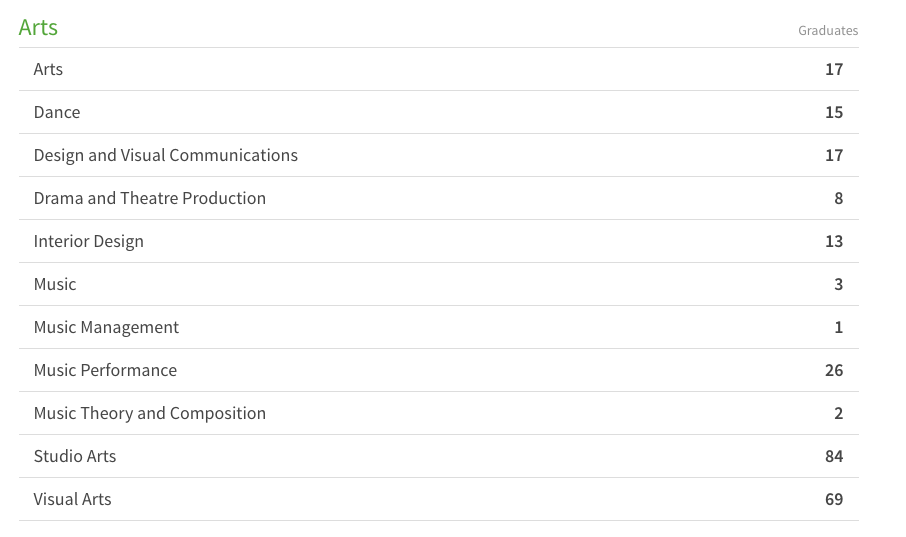 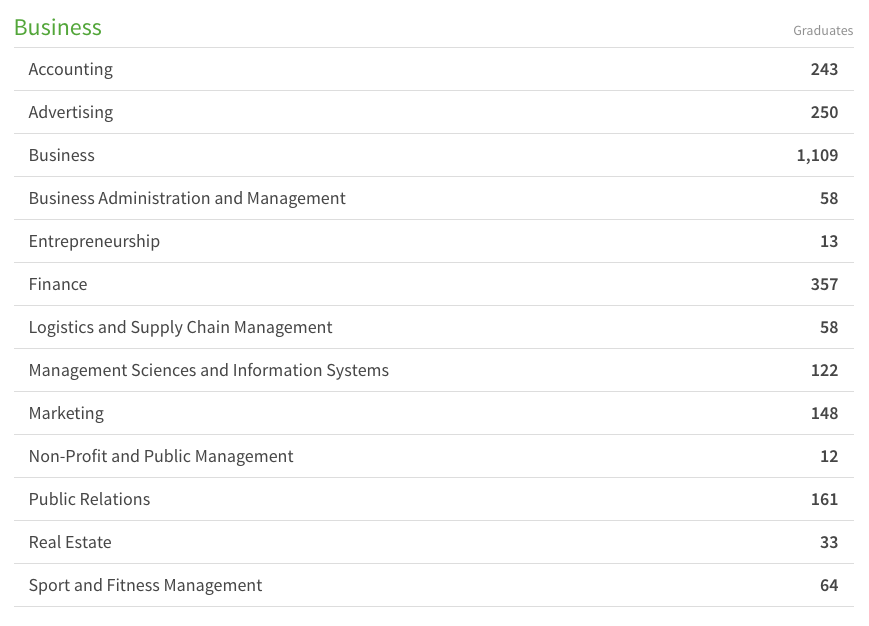 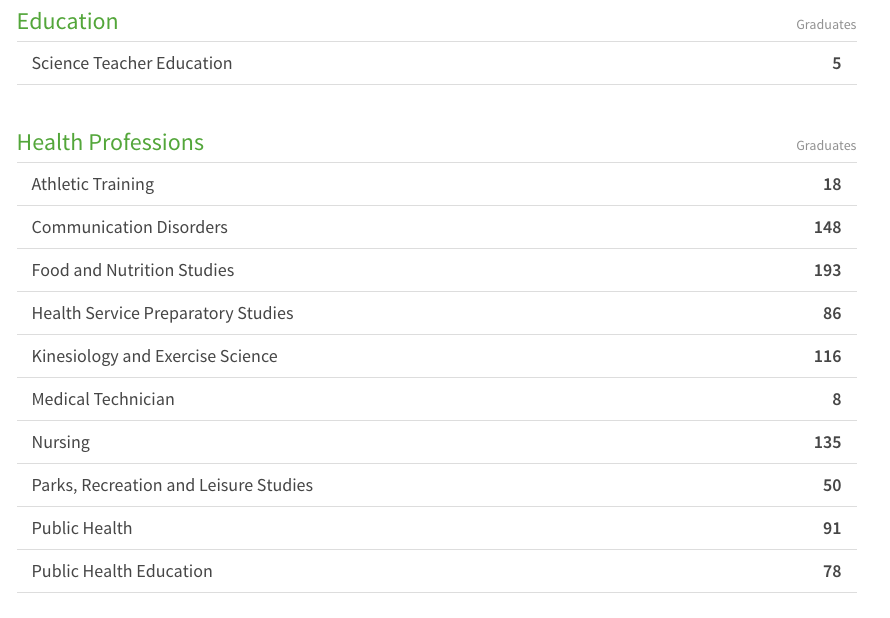 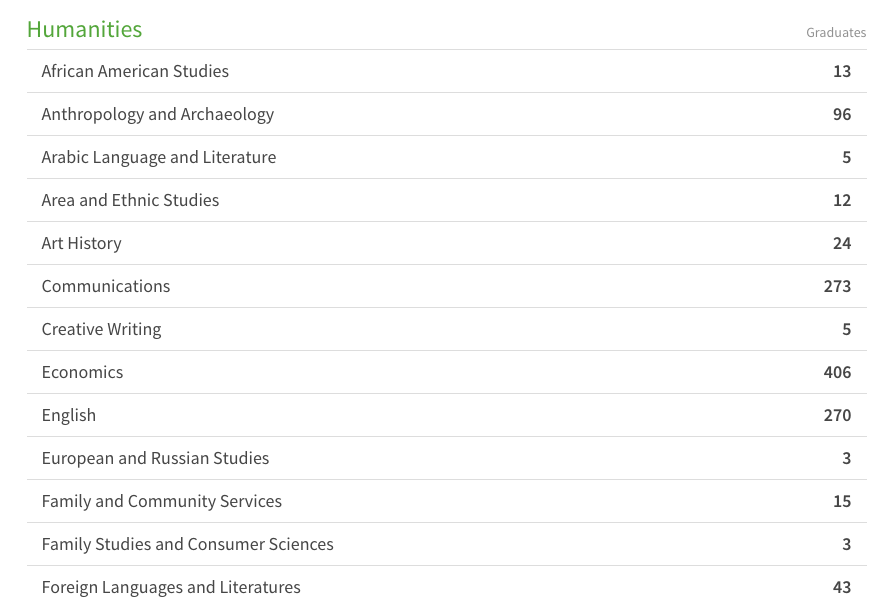 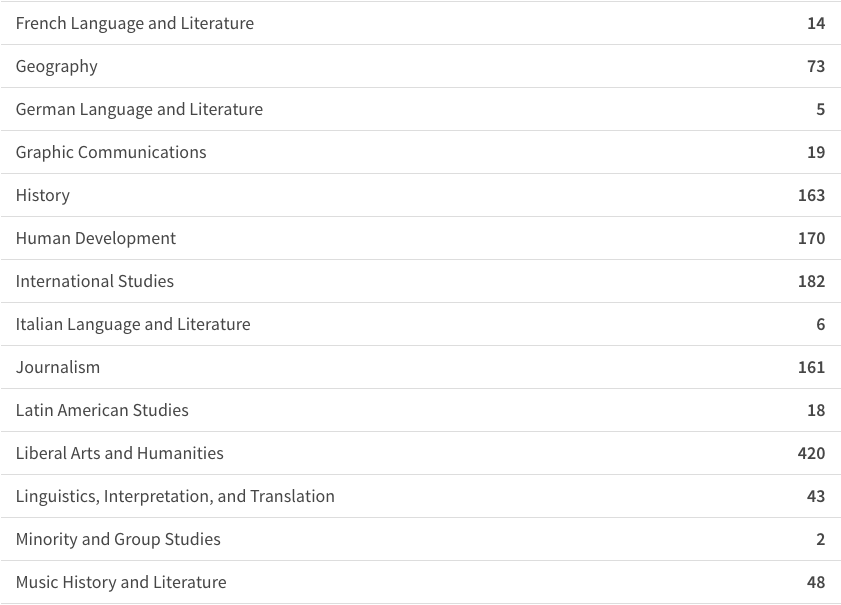 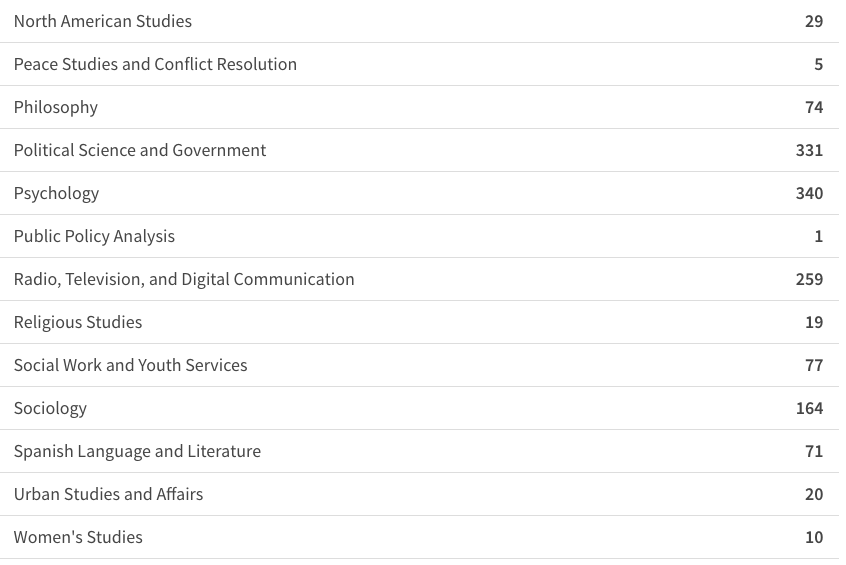 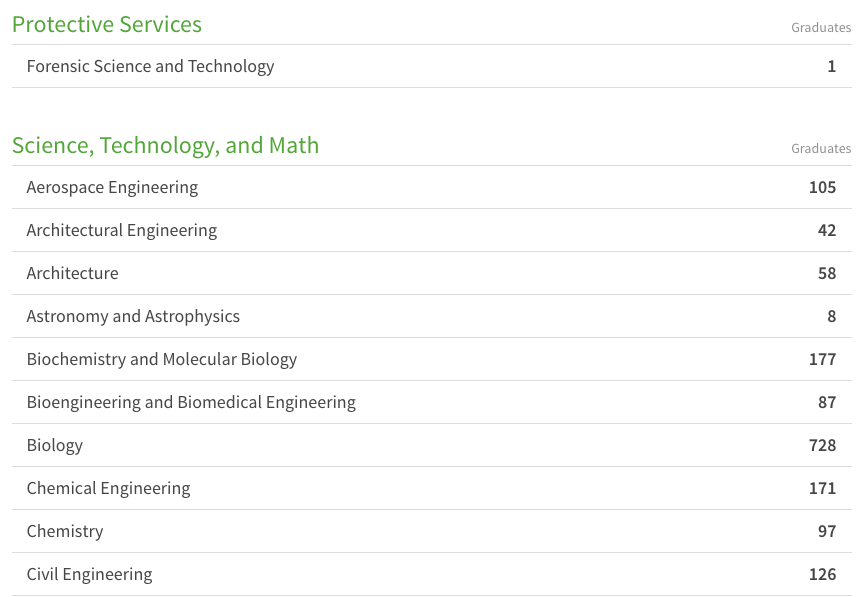 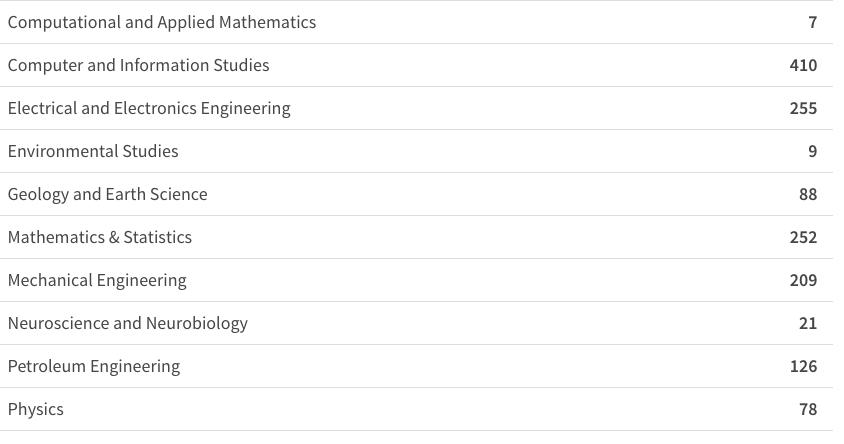 The various schools of UT Austin have different prerequisites.

If you have your heart set on a particular major, it’s important to look up the prerequisites that admissions counselors will be looking for. For example, applicants hoping to enter the McCombs School of Business are expected to take math and science courses each year of high school. The same goes for applicants to the Cockrell School of Engineering or the Jackson School of Geosciences, plus you have to meet UT’s “calculus readiness” requirement! The College of Liberal Arts expects applicants to have taken honors, AP, or IB courses, math, a foreign language, and science each year of high school.

That’s just an idea of what kinds of requirements you’ll encounter. You can check out ALL of the prerequisites here!

Don’t worry­ – you can work with an academic advisor to add a second major or minor once you’re enrolled at UT Austin.

If you’re interested in double majoring or you have a minor in mind, you’ll be able to add those once you’re at UT Austin. You can work with an academic advisor to decide if a second major or a minor is appropriate, and they will assist you in in adding that to your degree plan.

This can be a confusing and intimidating process, but we hope that future Longhorns found this information helpful! If you have any questions about applying directly to a major at UT, leave us a comment. Our team of experts would love to help!