Yikes! 5 Unexpected Things Vaping Does to Your Body 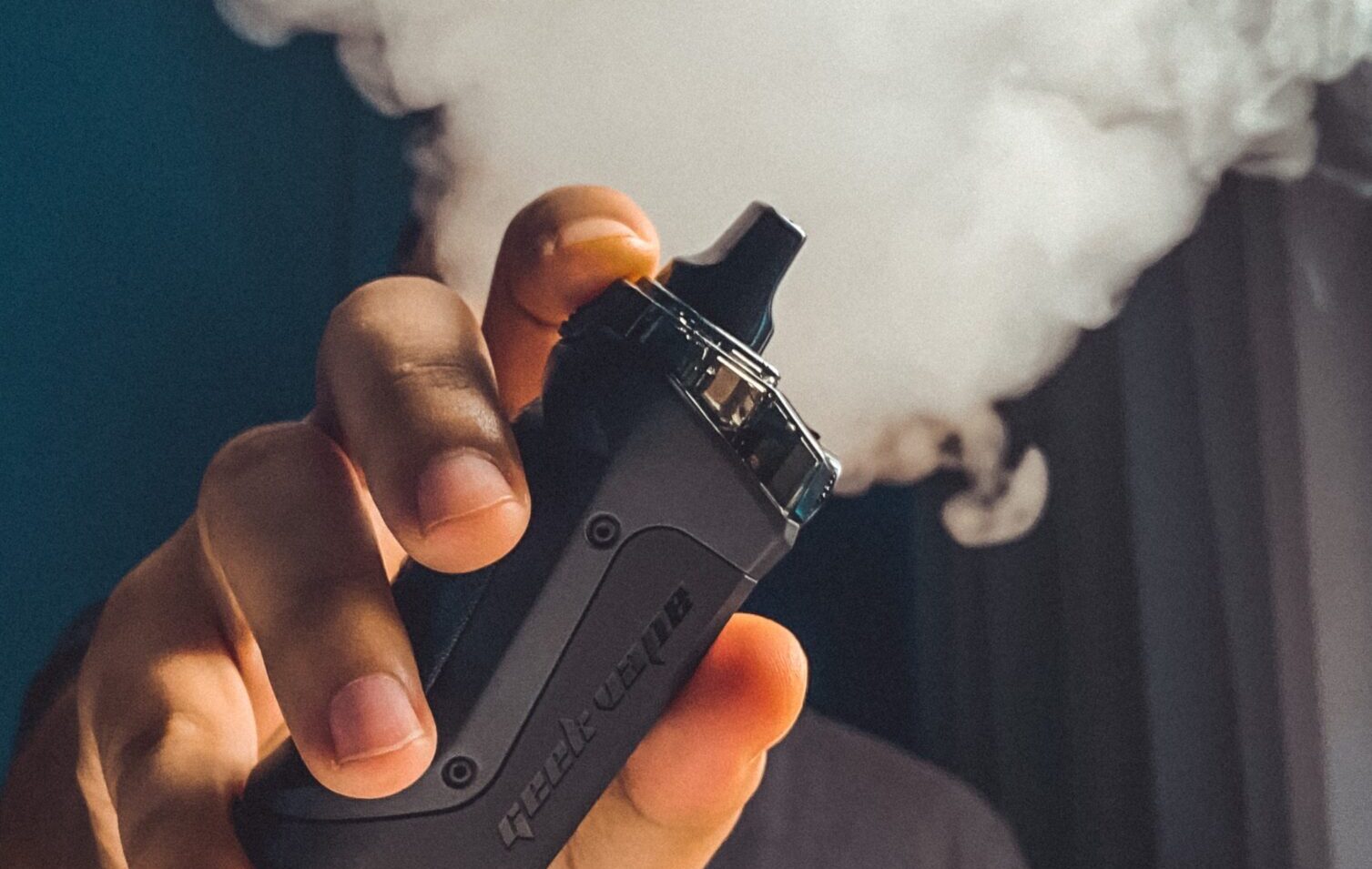 Vaping has been lauded as the safer alternative to cigarettes and has been credited with helping many long-term smokers kick the habit. However, it has also become a popular vice among high school students, enticed by the mistaken belief that vaping is harmless. We’ve talked about some of the most common vaping myths, but it’s time to discuss some of the lesser-known facts about vaping. While most of us wouldn’t be surprised to learn that coughing and a sore throat are common side effects from vaping, these five side effects will definitely surprise you.

It can make you jittery.

You may think vaping makes you look cool, but you might feel and act anything but. According to Ali S. Raja, M.D., executive vice chairman of the department of emergency medicine at Massachusetts General Hospital and an Associate Professor at Harvard Medical School, “Inhaling vaping products can increase your heart rate, which is probably going to make you stressed and jittery, and that is something others will notice.” Bouncing knees, fidgeting hands, and nervous jitters are not only distracting, but they can also have a negative impact on how others perceive and communicate with you.

It can cause dry skin and premature wrinkles.

You can wear sunscreen, drink water, and moisturize, but if you continue to vape, you’ll continue to zap all the good stuff right out of your skin. Vaping can “aggravate those with naturally dry skin by making it patchy and sometimes itchy,” explains Dr. Mervyn Patterson, Cosmetic Doctor at Woodford Medical. “The nicotine and chemicals used in vaping can also cause skin ageing as the nicotine can cause the breakdown of collagen which helps to keep our skin firm and plump, which is why smokers and indeed those who vape often develop lines around the lips and have puffiness around their eyes.” If you want to put your best face forward, vaping is not the way to do that.

It can affect your memory, concentration, and learning.

If you’ve been struggling with brain fog, your e-cigarette might be to blame. According to a study from the University of Rochester Medical Center, teens who vape experience “difficulties concentrating, remembering, and making decisions” compared to their peers who don’t vape. Vaping is often used to relax during a study break, but ultimately it might be turning that studying into an uphill battle. Lose the vape and watch as the brain fog dissipates.

It can cause hair loss.

Though one of the less common consequences of vaping, hair loss has been seen in individuals who have vaped long-term. Like regular cigarettes, vaping has been linked with oxidative stress. The pollution entering your body by way of your vape pen can hurt your hair follicles, leading to slower growth, damage, and even hair loss. Most of us take pride in our tresses, but vaping isn’t doing them any favors.

It can reduce your libido.

Most teens don’t want to talk about their sex drives, but let’s be real – that’s because there typically isn’t any issue with them. However, daily vaping has regularly been linked with sexual dysfunction, which is probably something most high school and college age teens would rather not worry about (whether you’re sexually active or not). If you’ve ever watched the eye-opening and critically-acclaimed (just kidding) Austin Powers films, you know how bad it can be to lose your mojo.

A big issue with vaping is that it’s been marketed as a safer alternative to traditional cigarettes, tempting teens who would have never smoked cigarettes to give it a try. If you’ve already been sucked in, you’re not alone and you’re not stuck there. For resources to help you quit vaping, head to Smokefree Teen today.

PrevPreviousThe SAT is Going Fully Digital – Here’s What You Should Know
NextThis Is Called “The Most Famous College Essay Ever Written.” Here’s Why It Worked.Next