The 10 Best Things About Studying Abroad in College

I studied abroad at the University of Sydney in Australia during the spring semester of 2012. Four years later, I’m still talking about it like it was yesterday. It was, without a doubt, the most wonderful, life-changing experience of my life. Looking back, I can’t believe how unbelievably fortunate and lucky I was to have that opportunity. The girl who departed from LAX was not the same girl who arrived home, five months later. Though it was hard to choose only ten, here are the very best things about studying abroad in college.

I don’t think I actually realized how lucky I was until I graduated and started working in the “real world.” For a couple of months, I debated which program I’d apply to. I contemplated the various pros and cons of studying in Florence, Paris, Barcelona, or London, before deciding on Sydney. When will you be able to do that again? I was able to get college credit while living in a gorgeous, foreign, unbelievably exciting place. I got to pick up and just GO for five glorious months. What an incredible gift. 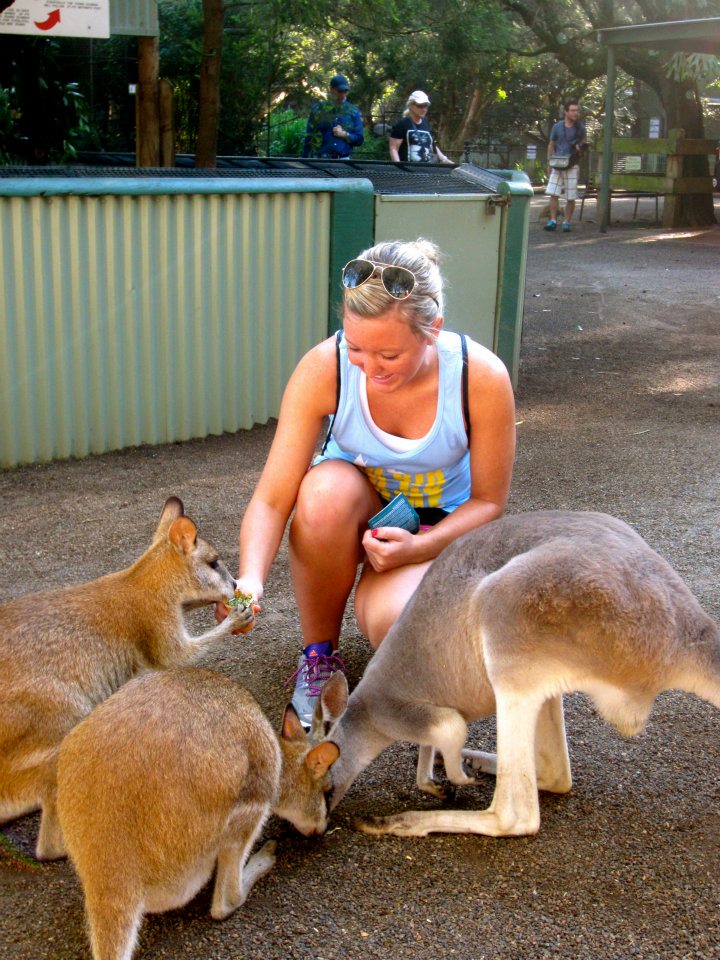 If I had a nickel for every time someone called me “Type A,” I would have a nice little savings account started. I’m a fan of schedules, to-do lists, and color-coded plans. I tried to keep this up for awhile in Australia, but eventually I learned that sometimes you have to throw your plans out the window to discover something even better. A night reserved for a workout and early bedtime sometimes became a night out in downtown Sydney. A day off of classes that I planned to spend in the library turned into a day at Bondi Beach. I didn’t disregard all of my responsibilities, but I learned that it’s ok to loosen up and make room for once-in-a-lifetime opportunities. 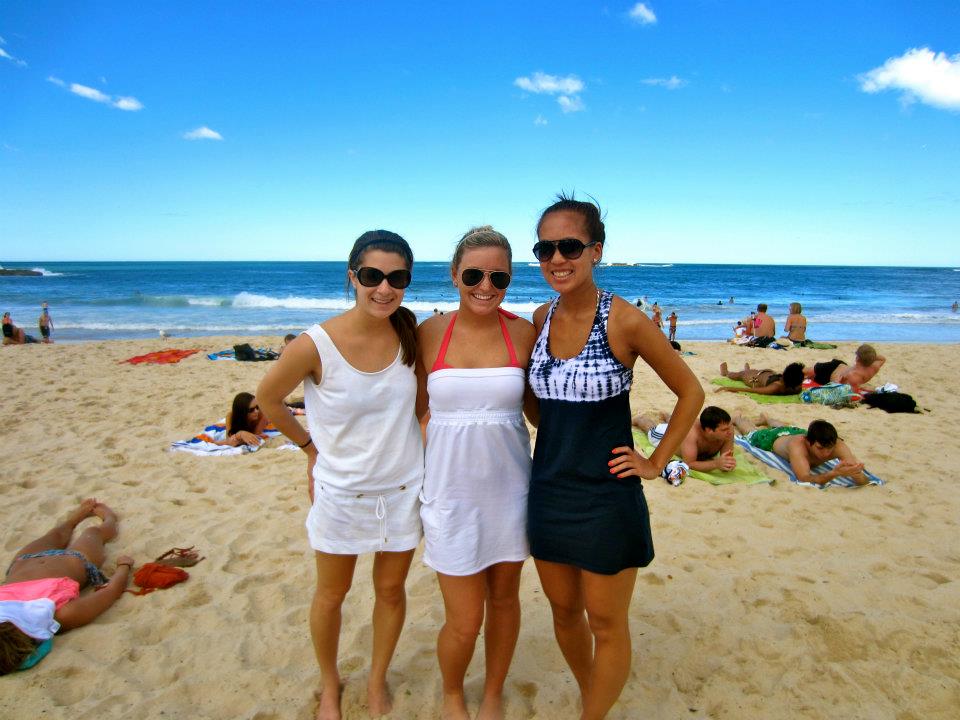 When I decided to study in Australia, I figured I wouldn’t get the culinary experiences that my friends in France, Italy, and Spain might get. The 17 new pounds I brought home to America proved me wrong. There were some Australian staples that I still crave regularly, but Vegemite is probably the strangest one. I had heard horror stories about the dark paste, but an Australian friend quickly showed me the proper way to eat it. Spread lightly over a buttered piece of toast, it’s a delicious salty breakfast that pairs so well with a sweet coffee drink. I never would have discovered this meal if I hadn’t eaten with the locals, and I’m so thankful they showed me how it’s done! 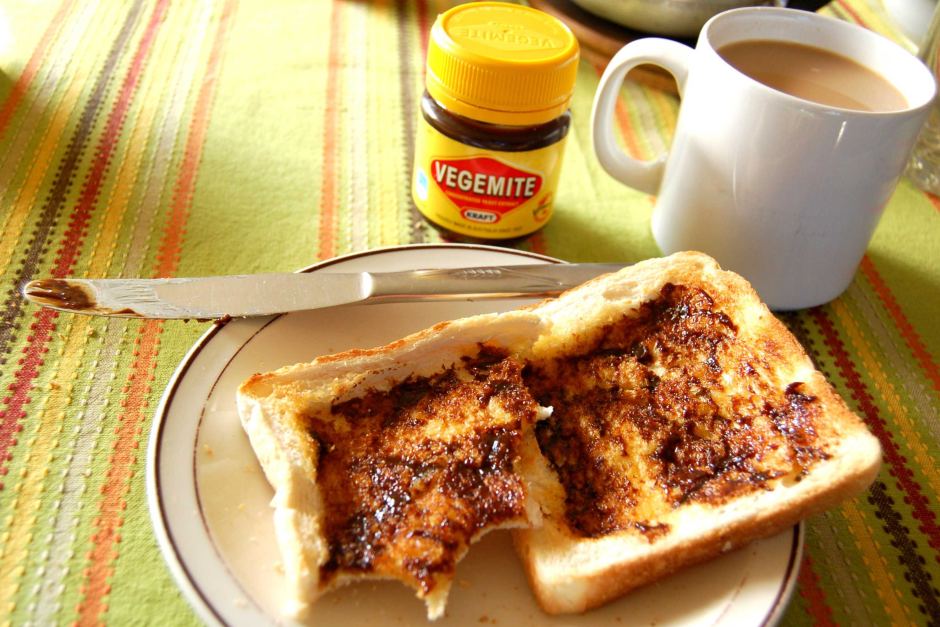 4. A new level of independence

I thought moving across the country for college was an independent move– and it was!– but it didn’t compare to moving across the globe for five months. I was fourteen hours ahead of my mom, and fifteen hours ahead of my friends back on campus. I swapped out my iPhone for a prehistoric Nokia, and for the first time, I wasn’t an iMessage or phone call away from everyone I needed. I also no longer had Google and a dozen other apps in my pocket. I figured things out for myself, I made decisions alone, and I became more self-reliant than I could’ve ever imagined. 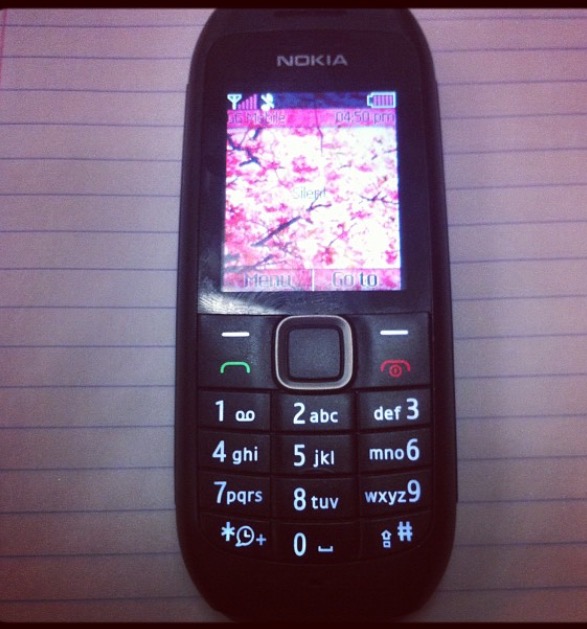 Living in Sydney is expensive. Trying to experience everything that Sydney had to offer in the span of five months is even more expensive. I had to prioritize and figure out which things were actually necessities. The $200 open bar ticket probably wouldn’t make for lasting memories… while the skydiving excursion definitely did. Eating dinner out four nights a week was much more expensive than buying some groceries and cooking dinner with friends. I had to determine which opportunities were worth the money, and which weren’t. I couldn’t do everything I wanted, and I discovered that was OK! 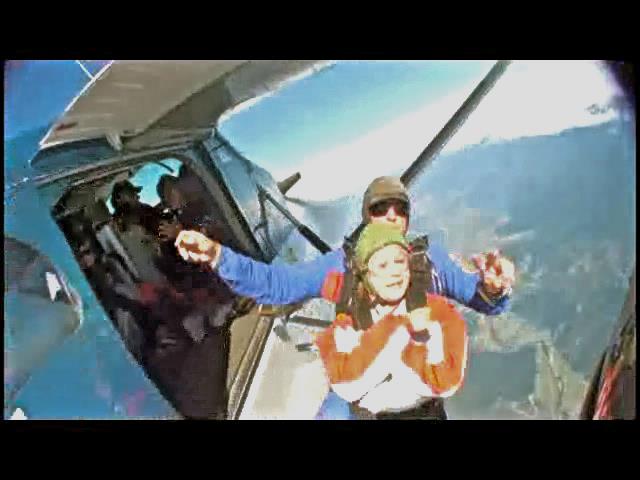 Alright, this really wasn’t a benefit I got in Australia, unless slang like “brekkie” and “bogan” count as a new language. I was an English major, so I chose to study in Sydney to make sure I could check off some of my major course requirements. My roommate, however, studied in Barcelona. She came back to school with complete fluency, with an improved accent and more conversational Spanish that she’d picked up abroad. By immersing yourself in the culture, you absorb language skills that you simply can’t get in a couple hours a week in a classroom. 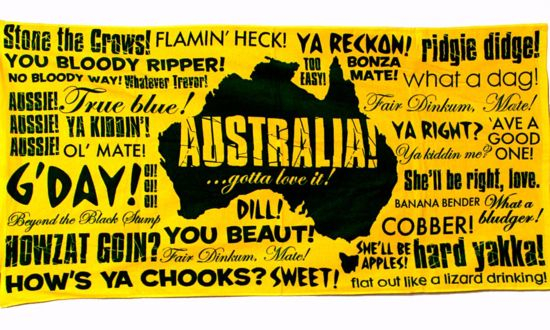 Studying abroad looks good on your résumé. You’ve seen more of the world, and you’ve gained important knowledge. It shows potential employers that you’re willing to step out of your comfort zone in order to learn or achieve something. This brings me to another important point: Studying abroad is not vacation! Just because I was in Australia did not mean I skipped class to go surfing or flunked exams because I wasn’t at my home university. You have to study, you have to attend class, and you have to remember that first and foremost, you are a student. Work hard, play hard. 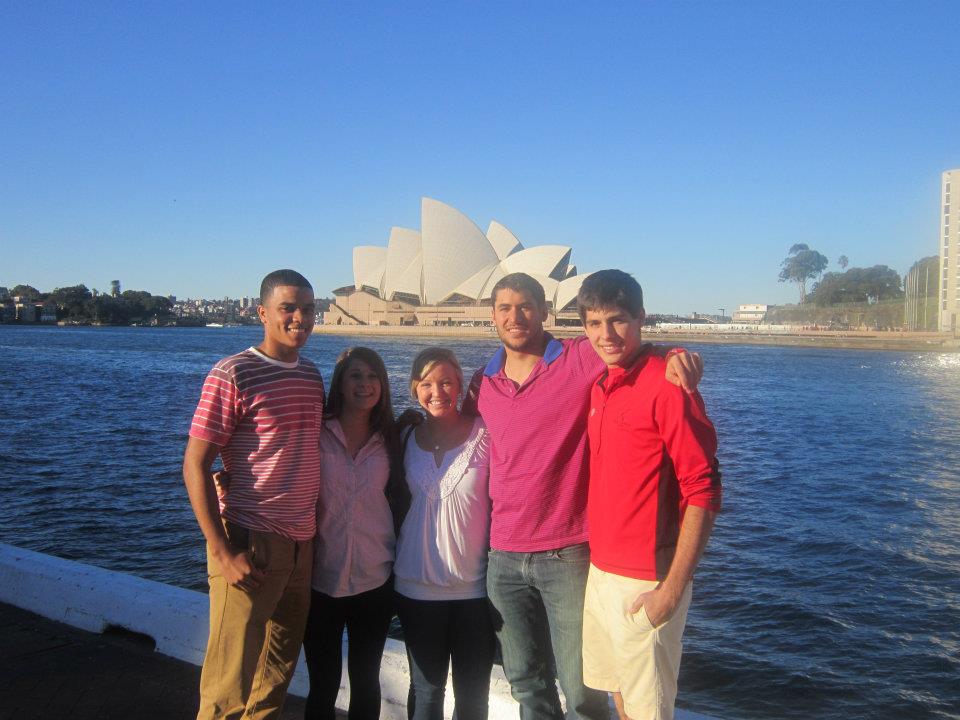 Basically everything about studying abroad is a learning experience, but attending school in a different country is intense. I had a skewed, stereotypical idea that Australians would be super relaxed in their classes, probably just stopping in to learn a bit between beach parties. I was very wrong! They were extremely hardworking, and adjusting to their system was tough. They split classes into lectures and tutorials, and they based grades on a completely different system and scale. Exams were tough, and I studied just as much (if not more) than I did at home. I had to keep up with my work in order to make sure I was able to participate in as much fun stuff outside of the classroom as possible. 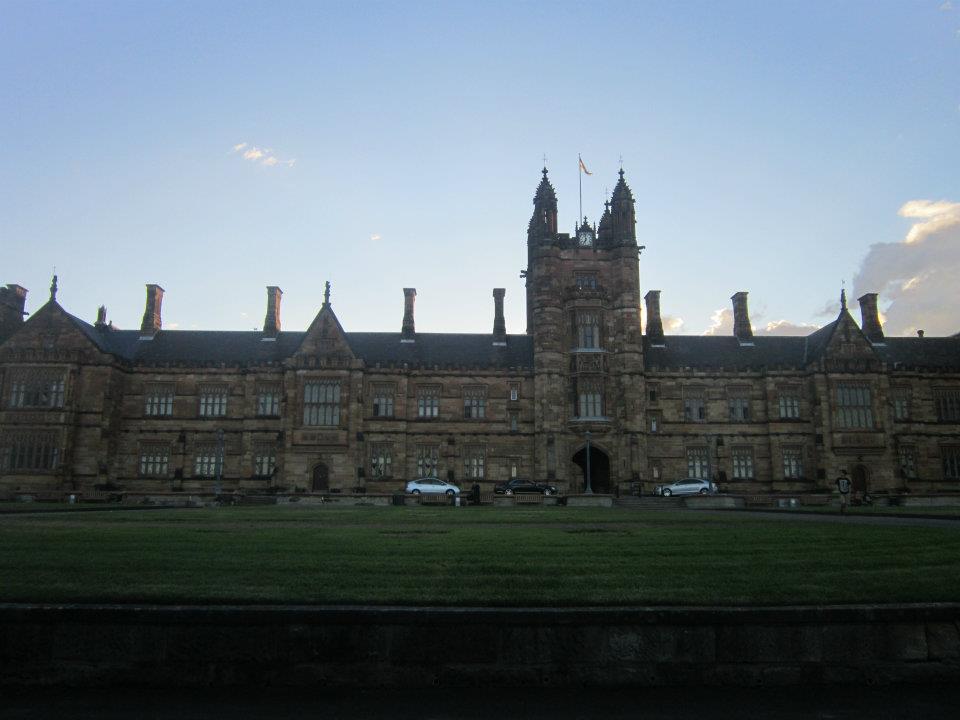 This was the best part about studying abroad. There were only a handful of students from my university that studied at the University of Sydney, so I boarded the plane in Los Angeles not knowing a soul. By the time we got to the hostel in Sydney, we were talking, laughing, and bonding as a group. It’s crazy how fast– and intensely– you bond when you know you’ll be living overseas together for months. We explored Sydney, we got lost in Sydney, we traveled, we studied, we stayed up all night, we celebrated birthdays, and we became a family. Four years have passed, but I still talk to my friends from abroad almost daily. 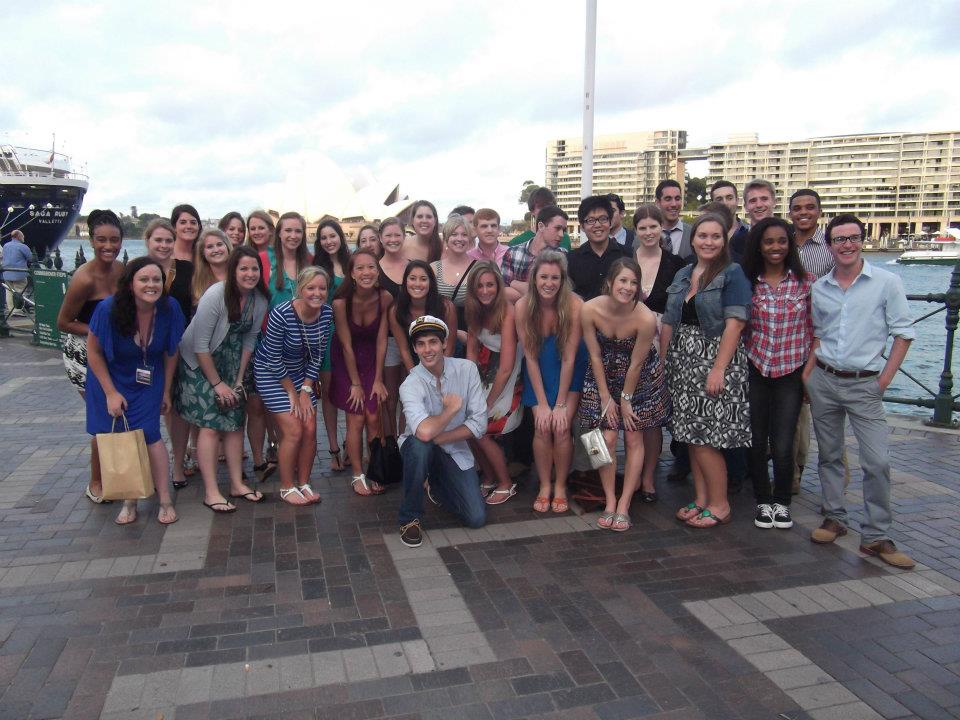 10. The chance to find yourself

I know, it’s the most cliché statement ever. But I truly came back to the good old U S of A with a whole new perspective and a huge feeling of accomplishment. I had traveled to the other side of the world, aced their classes, and created a little home away from home. I came back with stories, friendships, and experiences that are uniquely mine. I feel inexplicably blessed to have gotten the chance to study abroad, and I encourage everyone to seize the opportunity if they have it. 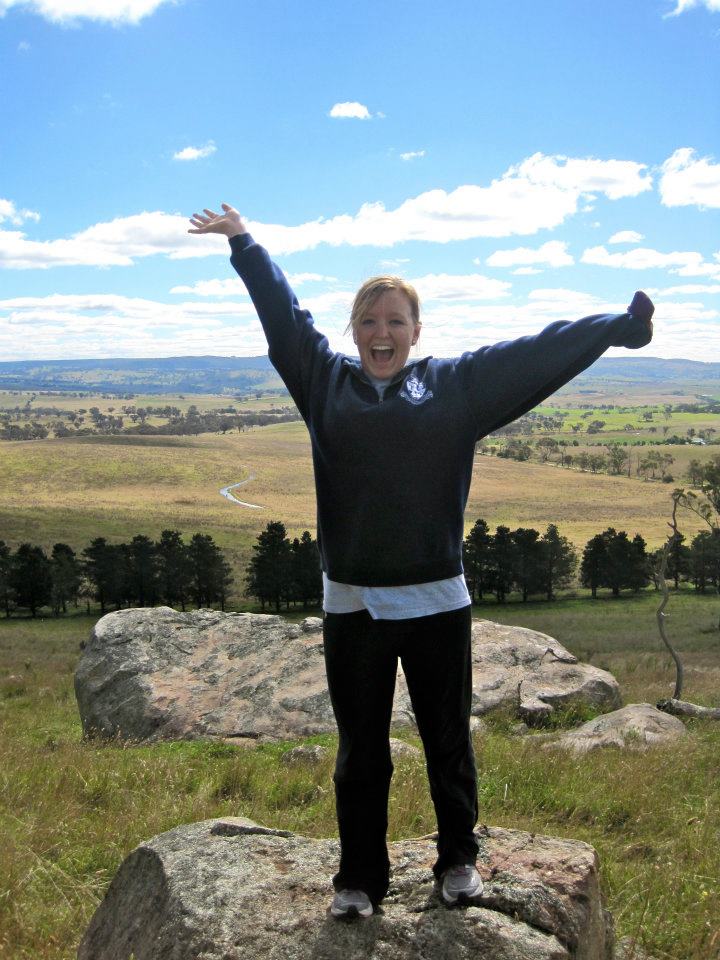