The Truth About Automatic Admission

The Truth About Automatic Admission 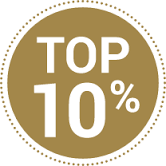 As with several other states, Texas’ state-funded universities have mandatory automatic admission policies. Policies vary by school (and can sometimes require a certain ACT or SAT score), but the general idea is the same: if you’re in the top 10% of your class, you’re guaranteed automatic admission.

Otherwise known as the Texas Top Ten Percent Law, House Bill 588 mandates all state-funded schools in Texas offer automatic admission to the top ten percent of students. UT is an exception to this rule, with a cap at 75% of the freshman “seats” – effectively the top 7% instead of the top 10%. The law was meant to be a transition from the race-based affirmative action policy.

Unfortunately, as with many well-meaning policies, House Bill 588 has resulted in quite a few unintended consequences.

The automatic admission law inadvertently encourages some students to transfer to lower-performing schools, so they can be in those schools’ top ten percent. It encourages students to avoid more competitive high schools in order to ensure automatic admission. Choosing your high school shouldn’t be about going to the school that will give you the best chance at the top 10%. It should be about finding the school that’s the right fit academically, emotionally, physically, and personally.

Speaking of the Right Fit

House Bill 588 was supposed to make sure all high school students (no matter the varying degrees of their institutions) were treated equally. It seems reasonable, right? It seems like the right thing – the fair thing – to do. After all, the majority of students have very little control over where they attend high school, so why should they be rewarded or punished based on it?

Is It Fair to Everyone?

The other side of the automatic admission argument is this: what about those students who went to far more competitive high schools? Many of those students are certainly well-prepared and well-qualified to attend top state universities, even if they weren’t quite in the top 10%. But with the vast majority of freshmen seats (sometimes more than 80% of them) automatically taken, those well-qualified students are competing for impossibly limited spaces, simply because they went to tougher schools.

To treat everyone equally – to require the same academic, social, and intellectual performance of all students, no matter their starting point – grossly oversimplifies the meaning of the word fair.